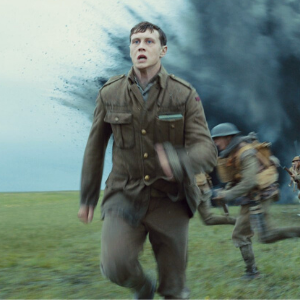 An enthrallingly tense wartime thriller à la Christopher Nolan’s Dunkirk. Schofield and Blake, two young British soldiers during WWI, are given a seemingly impossible mission. With time against them, they must deliver a message, deep in enemy territory, that will stop their own men, and Blake's own brother, walking straight into a deadly trap.