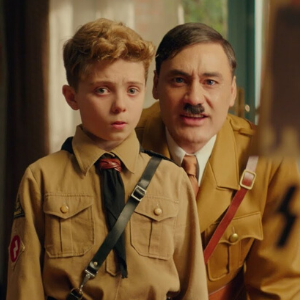 A WWII satire that follows a lonely German boy named Jojo whose world view is turned upside down when he discovers his single mother is hiding a young Jewish girl in their attic. Aided only by his idiotic imaginary friend, Adolf Hitler (the film’s director and comedian extraodinaire, Taika Waititi), Jojo must confront his blind nationalism head on. Charming and hilarious… if a little on the nose.